First of all, apologies to all the non-Formula One fans.

I recently read an article where the journalist gave his top ten motor racing circuits of all time. And one of them happened to be the Shanghai International Circuit which is hosting this weekend’s Chinese Grand Prix. Well, I was somewhat flabbergasted! Shanghai? Really?

Well, instead of having a fanatic’s F1 hissy fit, I thought I’d make a fanatical F1 fuss and compile my own top ten Grand Prix circuits of all time.

First, I need to establish my criteria. In compiling this list, I’m not looking for the ‘classic’ circuits that are steeped in history, or have hosted memorable races. Rather, I’m looking for circuits that present challenges to the drivers as well as provide a spectacle for the fans—those circuits that provide an all-round motor sporting experience.

Second, the circuits have to have hosted a Formula One Grand Prix.

And so, without further ado, I present to you the countdown of my top ten Grand Prix circuits of all time.

This circuit has been around a while, but has hosted the Brazilian GP in its current configuration since 1990. It’s long sweeping left-bending home stretch and the first few corners make for some great wheel-to-wheel action. The rest of the lap is undulating and has a number of good overtaking opportunities. The track is starting to feel very old now, and I know there are rumours about the track getting a major upgrade (which it needs) or the GP being relocated to Rio. But as a circuit, it’s got a great feel.

Cars heading into the first corner at Interlagos

This circuit can now no longer shake the notoriety of the horrific 1994 San Marino Grand Prix. During that race weekend, both Roland Ratzenberger and Ayrton Senna lost their lives in two sickening high speed crashes, and Rubens Barichello (then a rookie) was almost a third fatality. Some years beforehand, Gerhard Berger’s car crashed and went up in flames, with the Austrian lucky to survive. It’s not surprising that the circuit now no longer hosts Formula One. Yet despite such infamy, the track itself was one of the best in its day. There was a combination of high speed straights and bends, as well as hairpins and tight chicanes, all in the lush countryside of Italy’s Emilia-Romagna. This combination, in my opinion, made the circuit better than the Italian circuit of Monza, which although among the fastest, most historic, and most atmospheric in the world (thanks to the Tifosi), lacks the driving character of Imola. Monza is a speedster circuit, so a fast car will get you results. But at Imola, the driver was a much bigger factor in the outcome, and that made for better racing.

This circuit is a relative newbie on the Formula One calendar. Designed by Herman Tilke, who has been criticised for creating soulless circuits, this is definitely one of his best. The blind up-hill turn 3 is a great one for overtaking action, and the high speed right-hander at turn 10 is a real challenge for drivers to accomplish smoothly. The final corner, with its odd widening entry, also allows for some interesting overtaking manoeuvres. Another thing I like about this track is that Felipe Massa struggles interminably at it (yes, I know I’m bad!). I’m glad this track is currently on the racing schedule, and I hope it stays for a long time.

Silverstone is definitely one of the classic tracks in Formula One. It hosted the very first world championship Grand Prix event in 1950. The circuit is built around an old airfield, and has seen a number of configurations in Formula One alone. The latest configuration debuted last year (2012). But I think the configuration for the British GP in 1991–1993 is perhaps the best there has been. That configuration still retained some of the speed and challenging corners of the original circuit, with just enough slower corners to allow some good overtaking. These days, despite having a brilliant new pits section after Club corner, the circuit just has too many corners that I believe have taken away some of the character of the circuit. And yet, it’s still a great track! I just wish they hadn’t meddled with the configuration after 1993.

Hangar Straight leading into the left-hander at Stowe

Another of Herman Tilke’s circuit designs, this one is definitely his best. Situated on the outskirts of the Asian side of Istanbul, the circuit includes some brilliant corners that challenge the drivers with breaking and acceleration. The camber through turns 3, 4, 5, and 6 make for interesting grip conditions, and the multi-apex turn 7 is one of the best high speed corners there is. The pit buildings also have a lovely Ottoman feel, giving the race a real sense of its location. Despite the fact that Felipe Massa excels here (bad again, I know!), I regret that poor crowds (and stray dogs!) meant this circuit had to be dropped from the Formula One calendar. I do hope it returns some day soon.

The end of the pit straight with its distinctive Ottoman-style pit complex.

These days, the circuit at Spielberg is owned by Red Bull and known as the Red Bull-ring. It looks quite different now from how it used to be back in its heyday during the 1980s. But that original track used to be known as the Österreichring (“Circuit Austria”), and it was faaaaaast! Back then, the hills were alive with the sound of engines! The track swept up and down steep hills (including two just on the first straight), with bends rather than corners presenting the overtaking challenges for the drivers. The one drawback for this track was its very narrow start-finish straight, demonstrated by the carnage of two aborted race starts in the 1987 Austrian GP (it was third time lucky). The circuit also wraps around a pine forest, which Stefan Johansson discovered (also in 1987) is home to deer. Johansson’s McLaren collided with a gambolling deer during Friday practice, and was fortunate enough to walk away from the accident (the deer wasn’t so fortunate, though). This old track represented a great mix of driver, machine, and terrain. In the era of ground-effects cars in the early 1980s, the speeds drivers achieved was frightening (Gerhard Berger was, if I remember rightly, clocked at 374 km/h at this circuit). The reconfiguration that shortened the track took some of the life out of it, in my opinion, so when the track made a come back in 1997 as the A1-ring, it just wasn’t quite the same. So I’m glad it no longer occupies a spot on the championship calendar. But this used to be one of the great circuits.

The old Österreichring in grey, with the newer configuration in black.

The first hill on the pit straight of the old Österreichring

You could almost say that the circuit through the streets of Monte Carlo is an obligatory inclusion in a top ten list like this. But it’s not just because of the glitz, glamour, and history of the race here. It’s actually because of the incredible challenge that Monaco represents. The track has been criticised by some enthusiasts because the cars and their calibre outgrew the streets many decades ago. So the fact that there is still a GP here is almost an anachronism. However, in some senses it’s precisely this that is the challenge of Monaco. The drivers need to tame the wildness of their cars in order to negotiate with Monaco’s unforgiving walls and bumps enclosing the roads around Monte Carlo Habour. The lack of run-off areas means there is so very little room for error, and that makes this a real drivers’ circuit. Precision and skill are key factors. Former commentator Murray Walker once said that his favourite corner in all of Formula One was the left hander at the top of the hill at Massenet. There, Walker said, the tyres of the cars ‘kiss’ the armco barriers as they speed around into Casino Square. And, of course, there is the iconic Loews Hairpin—the slowest corner in Formula One, where one can generally see all the cars slither their way downhill like a giant colourful snake. And who can forget the right-bending tunnel that speeds underneath Loews Hotel! When asked what racing Monaco was like, Nelson Piquet answered that it was like riding your bike at full pace through your house.  The narrowness of the streets is sometimes seen as preclusive of good racing. But the fact that the circuit is the slowest on the current championship calendar means that the teams are on a far more equal footing here. So a driver needs exceptional skill to overtake a competitor here and keep his car in one piece. Not even a 50-second lead can guarantee you a win in the end, as Ayrton Senna famously discovered when he crashed out from the lead in 1988. There have been some refinements to the circuit over the years, but these have largely improved the course. Monaco is quite unique, and definitely deserves its place in the top ten.

The track winding around the harbour of Monte Carlo

The right hander at Mirabeau and the tight Loews Hairpin

The relatively young circuit through the streets of island-nation Singapore is a great addition to the Formula One world championship. The circuit was the first to host a night event, and this certainly gives the race here a fantastic atmosphere. But the circuit itself is also brilliantly put together. The section around the pits is custom-made, so it has the feel of a permanent circuit. But before long, the cars are on the actual streets of Singapore, with all the challenges of bumps, tight corners, and unforgiving walls. But there also a few decent straights that provide both speed and good overtaking opportunities. Singapore’s magnificent skyline provides a magnificent backdrop to the circuit, too. All in all, the circuit has proven to be a great spectacle.

Everyone agrees that Spa is rightly one of the best circuits in the world, and many would put it at number one. This circuit has stood the test of time, from its days a massive 14 km circuit, to its current 7km configuration. The first hairpin at La Source is incredibly sharp, and stands in contrast to the fast downhill approach to the challenging sweeps of Eau Rouge—a corner that many drivers have rated (and continue to rate) as the most exciting to drive. The vertical g-forces as the cars hit the bottom of the hill and then the lateral g-forces through the left-right-left of Eau Rouge must be exhilarating to drive. The course heads out through the Ardennes Forest, and includes challenging undulations and high-speed corners. Gone, these days, is the old ‘Bus Stop’ chicane, replaced with a quick right-left back onto the pit straight, but the corner still retains the excitement of close-wheel racing that was evident at the Bus Stop. Spa is a great circuit, and should never be dropped from the world championship (as it was one year). Just like there are permanent positions on the UN Security Council, so Spa should have a permanent spot in the world championship.

The run down to Eau Rouge

But Spa is not, in my opinion, the best circuit in the world. There is, I believe, one that outranks it just slightly. Which circuit is Number One? 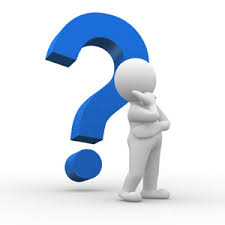